Canada is one of the safest countries in the world 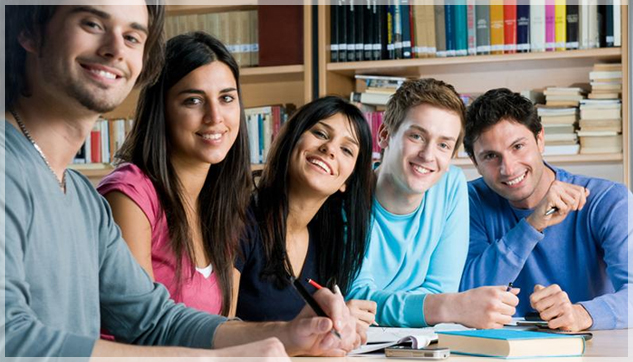 The detailed educational plan encourages foreign students to pursue jobs during their Bachelor's or Master's studies and to remain in the country for work opportunities after graduation.

Toronto, Montreal, Vancouver, Ottawa and Quebec cover for the largest foreign-student population and they all provide a vibrant and lively atmosphere. In Canada, students can pleasantly combine an enriching academic life with diverse and entertaining leisure activities.

Check out some of the main reasons why you should give Canada a serious thought in terms of studying abroad:

English is everywhere
English and French are both official languages in Canada and share equal status, but anywhere you choose to go in Canada, you can easily survive just by speaking and communicating in English. However, while in Canada, you can seize the opportunity and learn some French or brush up your French language skills.

All universities from Canada offer English-taught degrees for all Bachelo's, Master's and PhD level, so your main concern is to simply find a field of study according to your preferences.


Universities from Canada have a long history and reputation in terms of academic performance and high graduate employability rate. In fact, many of the Canadian higher educational institutions compete with leading and famous universities from the U.S. and the UK for instance.

Embrace a diverse and cosmopolitan environment


Canada is one of the most ethnically and linguistically diverse countries in the world, with over 50% of the population not speaking English as their first language.

Counting over 120,000 international students each year, anywhere in Canada, you will be surrounded by a large multicultural environment, both in classrooms, as well as in the society. This creates a great advantage for any foreigner, meaning that you can easily adapt and make friends.

Live in a safe country with a high quality of life


Canada is one of the safest countries in the world, with a low crime rate. In terms of social progress and development, according to Global News, Canada was ranked the second country in the world with the highest quality of life.

Universities focus on research and many praise their ground-breaking discoveries


Most study programmes delivered by Canadian universities focus a lot on research and students get to engage in intriguing experiments and projects, meant to provide them a complete study experience, based on innovation and forward thinking. A significant part of the research work that has been made in universities from Canada has led to interesting new theories and distinguished discoveries. Some examples include a device meant to improve cancer detection, new methods meant to protect the world oceans, effective and sustained treatment of HIV/AIDS and more.

Interestingly enough, the first ever black doctor studied in Canada, and insulin was also discovered by Banting and Best while studying in a university from Toronto.

More on why the Canadian teaching style is so effective


In Canada, a Bachelor's degree usually lasts three years, while a Master's course (sometimes called a 'grad' programmed) can last from one to three years. University programmers are organised through traditional lectures, combined with workshops, group work, assignments and projects. The typical classroom atmosphere in a university from Canada is incredibly open and friendly, where professors are merely the guides that help students become independent learners. In many ways, the Canadian higher education system is very similar to the one of the United States.

Adorn Overseas, We believe in customized and extensive services to our clients. We are making easy your way for studying abroad or settling in your dream country.